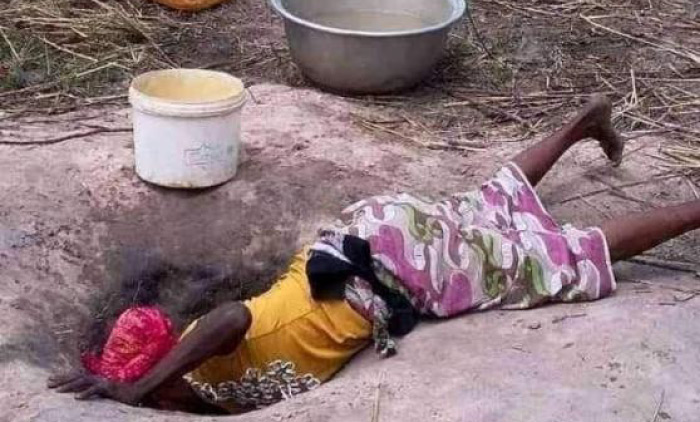 “Water is many times a luxury, we don’t have an option but to drink what is there…If you use this salty water to cook your food, your rice turns yellow and it does not taste like normal rice … but what can we do? I just wonder if we live in Kenya!’~ Francisca Kipkoech, a woman from the Endorois community.

Availability of water in areas occupied by the Endorois community in Baringo South and Mogotio sub-counties is a serious challenge. The Endorois Community, in the complaint to the African Commission demonstrated that their access to clean drinking water had been affected because of the displacement. In Baringo South and Mogotio sub-counties, 76.4 per cent and 82.6 per cent of the population use unimproved sources of water respectively against a national average of 47.4 per cent,12 contributing to the spread of waterborne diseases

In Kaibos Location in Mogotio, people walk long distances to fetch water from the River Emsos, some 25 kilometres away. Those who can manage to hire motorcycles part with up to Ksh 70 ($0.6) for a 20-litre jerry can. Poverty levels in the Endorois community are very high. Many families face serious challenges to access water, given the harsh terrain, and inaccessibility of naturally occurring water. Though water pans exist, they only provide temporary relief, especially for livestock during the rainy season, and the water is polluted and can spread waterborne diseases during the dry season. Water pans have gradually disappeared due to prolonged and more frequent droughts and growing population pressure. Without government support, community members must either buy water (an expense most cannot afford) or walk long distances to fetch the precious commodity themselves. The Kapndaram Water Project initiated by the national government, which was expected to provide a sustainable solution to the water crisis, never materialized, with the locals blaming the incompetence and unaccountability of the contractor. See the Report on Non Implementation of the African Commissions Endorois Decision